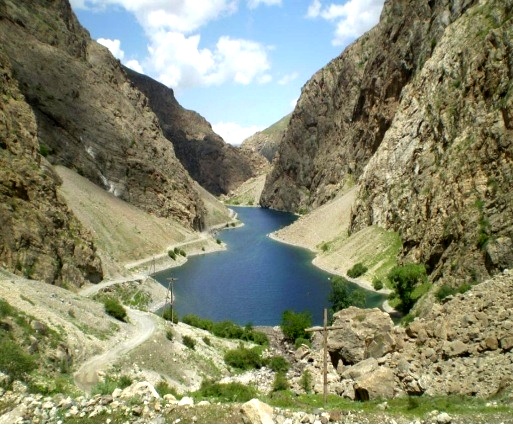 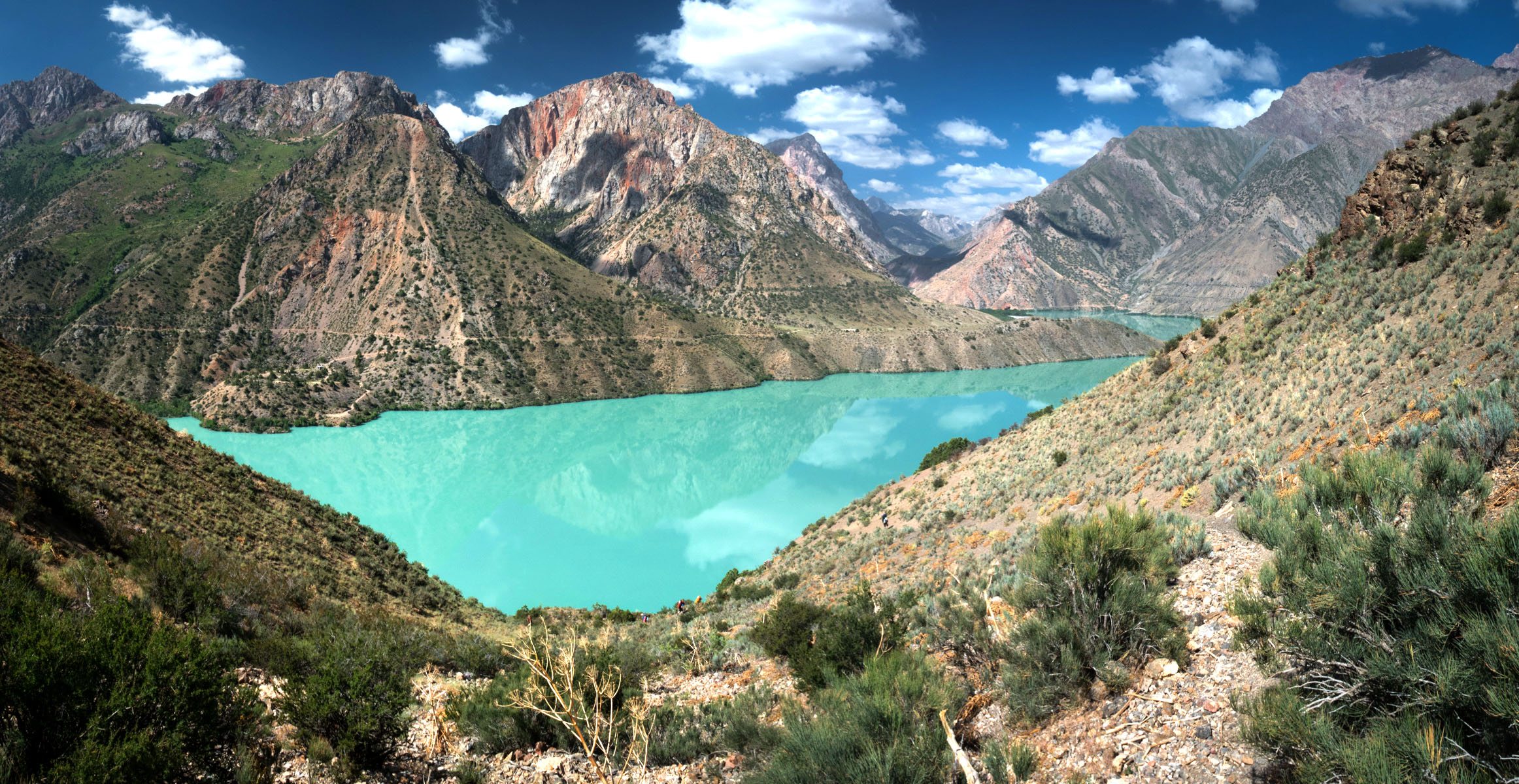 Tajikistan is one of the most beautiful countries in the world, and more than 93% of it is mountainous. Ninety-three percent of Tajikistan's territory is mountainous, and the mountain glaciers are the source of its rivers.

Fan Mountains – a popular tourism and mountain climbing area in Tajikistan. There are about 100 passes in height from 3200 to 5060 m (Mirali). The Fan Mountains are the highest part of Zeravshan range with 11 peaks above 5,000 m with sharp fantastical pointed forms. In the bosom of these mountains are about 30 lakes, the largest of which are Iskandarkul, and the most beautiful and picturesque, famous for the unique play of colors - Kulikalon. On the slopes of the mountains and upper valleys (altitude 3,000 m) – there are thickets of juniper forests, giving the appeal to the valleys of rivers Arg, Sarimat, Karakul and etc. You can see a birch, a poplar, a sea buckthorn in the valleys; well-spread shrubs - wild rose, barberry, currant, meadow-sweet; large areas of the slopes and valleys are covered with meadow, steppe, and semi-desert vegetation (Čair, Eremurus, astragalus, onion, sage, mint, thyme and etc.). Approaches to the passes of Fan Mountains are in the valleys of rivers Shing, Voru, Artuch, Pasrud (in the north) and Iskandar-river and Karakul (in the south). The starting points for the entrances are known Penjikent, Khujand and Dushanbe cities. Fan Mountains were sung by Yuri Vizbor, who was amazed by unusually beautiful scenery of this region. These mountains and countryside have become for him a very special place on the earth. The following lines are dedicated to Fan Mountains by Yuri Vizbor:

I left my heart in the Fan Mountains,

And now heartless I’m walking across the plains.

And in the quiet talks and noisy feasts,

In silence I dream of the blue tops...

Day 1. Dushanbe via Istanbul or other international flight

Meet in the airport and transfer to hotel.

Breakfast. Sightseeing the Dushanbe city: Dushanbe is the capital and largest city of Tajikistan. Dushanbe means "Monday" in Tajik (Persian language), and the name reflects the fact that the city grew on the site of a village that originally was a popular Monday marketplace. Situated at the confluence of two rivers, Varzob and Kofarnihon.

Dinner at a national teahouse
Overnight in hotel

Breakfast. Drive to Iskandarkul lake via Varzob gorge and tunnel Isticlol (5km)
Iskandarkul lake:  length - 5км, width - 3,5км and depth to - 80м, located at height 2250м. The heart of Fan mountains, the treasure of Tyan-Shan, a scenic Iskandarkul lake is one of the most beautiful lakes in Tajikistan. Having emerald green and blue color. A fast flouring Iskandar-darya river flows from the lake, forming a marvelous and gorgeous waterfall, so called the “Fan Niagara” that falls from the height 38 meters.Lunch. Walking near the lake. See waterfall
Dinner and overnight in the guest house.

Breakfast.  Drive to Alauddin lake  (2700m). The Alauddin lakes are a group of reservoirs upstream in the pasrud valley. all the lakes are situated on the steps of ancient and modern moraines. pure, clear water pours from one step into another and the level of water in the lake remains constant. there are no fish in the lakes. only the most experienced and adventurous will bathe in the water for any length of time since it is very cold.
Lunch.
Walking and resting near the lake. Dinner and overnight in the tent.

Breakfast.
Radial trekking to Mutniy lake, panorama Gimtarga mountain (5489m), Energy (5120m). Mutnye lake is a good base camp from which to attempt these cliffs. there is no vegetation in the lakes area; all that exists is rubble.
Lunch. Come back to Alouddin lake.  Dinner and overnight in the tent.

Breakfast. Trekkiing via pass Alouddin (3700m) to Kuli Kalon lake, Dushoha and Bibijanat lake (2950m).
Picnic in the way.
Lake kulikalon (big lake) is situated at an altitude of 2,800m, and  is the second largest lake (after Iskandarkul) in this area. the lake actually consists of two lakes: bolshoi (large) kulikalon and maly (smaller) kulikalon, which are connected by a channel. the northern shore of the lake is indented with large and small creeks separated by capes and crevices. the lake shores are wooded. the water from maly kulikalon goes underground and emerges again 600m below as the urech river. the water at the southern end of bolshoi lake is noticeably cooler than at the northern end where it is possible to swim. its colour also changes near the shores. it looks as if the black bodies of dead animals lie motionless in the bluish-green water. there are marinka (schizothorax) fish in the lake. Kulikalon means 'big lake' in tajik. Resting near the lake .  Dinner and overnight in tent

Breakfast.  Drive to Penjikent.
The city of Penjikent ("five villages") is located in Khujand area of Tajikistan in a picturesque Zeravshan river valley. Quite possibly the five villages started the history of this remarkable city which originated in the 5th-8th centuries AD. Penjikent of that time was one of the most important cultural and crafts centers of Sogd. It was even named "Central Asian Pompeii".
Sightseeing the city.